May you be blessed with health and happiness all of 2011.
Posted by Serena Shay at 11:13 PM 2 comments


~Hmmm, how about a hero and heroine, one Brazen and the other Farouche.  It might be an interesting combo. ;)  hehe~
Posted by Serena Shay at 5:45 AM 1 comments 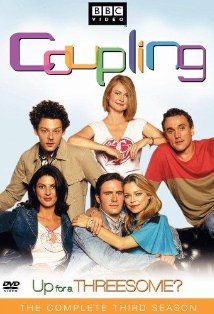 May this holiday season find you happy and healthy.  Stay safe.  :)
Posted by Serena Shay at 6:06 AM 0 comments

Wednesday's Word of the Day


An ice fog that forms in the mountain valleys of the western U.S.

~Hehe, the name of a new town is born!  There will be some story that I use this word in...  Pogonip Valley, Pogonip Falls, Lake Pogonip.... Which one do I go with?~
Posted by Serena Shay at 6:04 AM 2 comments

Check out some of the tempting and titillating posts going on over at Shapeshifter Seductions.  A new town has been born on our blog by the name of Talbot's Peak and our fabulous authors have filled the town with some of the most fascinating of characters.

~Burgess let the plane empty out before prying his six foot four frame out of the tortuously uncomfortable airline seat. He had almost flown in animal form for this very reason. As a penguin, he was only sixteen inches tall, weighting in at just over two pounds. As a human, he was built like an Olympic swimmer with massive shoulders and long limbs.  Rebecca L. Gillan~

~Marissa turned, just in time to catch a face full of water balloon. It drenched her hair, skin and clothes. The man standing upright in the convertible hooted in triumph. The car sped off with the man still howling like a maniac.  Pat Cunningham~

~Hidden by the trunk of a tall pine tree, he’d stalked her with his predator’s gaze as she playfully raced in circles. With utter joy, she threw her fluffy, yet sleek feline body forward, tumbling and rolling on the thin carpet of leaves and snow. Springing high, she batted at the flurry of snowflakes, her pale fur beautiful against the forest backdrop.  Savanna Kougar~

~A streak of blue, a dark and gorgeous blue belonging to an equally, if not more gorgeous man, passed by her. He too appeared to be slowed by the tourists and families headed for the door, and thankfully so, because he had exactly what she needed—six foot something of obvious muscle and no lovely lady on his arm.  Serena Shay~

~Josh leaned his elbows on the bar, burying his face in his hands. He blinked, trying to not give into the tears stinging his eyes. Frustration and angst worked intricate knots and lattice arrays in and out of his gut and up into his heart.  Solara Gordon~
Posted by Serena Shay at 10:52 AM 2 comments

The weather guys are predicting another 6-10 inches of snow for our area today.  This on top of the 17 inches we got a couple of weekends back, which has not melted even one little iota.  Sheesh, where the heck are we going to put it all?

Anyone know of a really nice, warm climate I can move too??  ;)

Have a great Monday!
Posted by Serena Shay at 1:23 PM 2 comments

1. To oppose successfully; prevent from accomplishing a purpose.

1. Passing or lying crosswise or across; transverse.


~Here's another word that's fun to roll off your tongue...Thhhhhwart!~
Posted by Serena Shay at 5:43 AM 2 comments

So today's trivia comes by way of The National Dog Show which aired on Thanksgiving Day.  I love watching the dog show and seeing all of the fabulous breeds.  There are some truly gorgeous dogs out there.

Question:  Who introduced the first Akita to America in 1937?

Have a great day!
Posted by Serena Shay at 5:18 AM 3 comments


Of the same blood; related by birth; descended from the same parent or ancestor.

~Would this not be a great word for a vampire story??~
Posted by Serena Shay at 5:38 AM 2 comments

My thanks to the brave soldiers and individuals who risked their lives or lost their lives on Dec 7, 1942.  You are all heroes!
Posted by Serena Shay at 5:39 AM 4 comments


To infuse life into; enliven.

~I like this word...it has so many possible uses.  A ghost story, a party scene or maybe the way a shifter changes it's shape.~
Posted by Serena Shay at 4:00 AM 1 comments