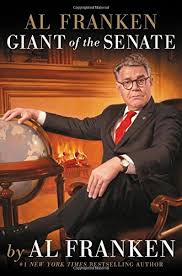 Hi all, yes I know it's been a good long while since I visited, but I'm working on that.  I thought I'd start back with a review of a book I just finished.  It's not romance, but it is a fabulously funny and instructive read, well worth your time.

Al Franken, Giant of the Senate is without a doubt one of the best political books I’ve ever read.  The balance between his comedy days and his Senatorial days is fantastic.  Not once in this book did I feel like I was only reading about an Al mask, he let it all hang out and shared with the audience the reality of Al.  This is the same feeling I get while watching him speak—he pulls me in and I always myself saying, “Hell ya, Al…you go for it, tell it like it is.” His voice is front and center and comes out clearly, making you feel like you’re sitting with him having a one on one conversation. Impressive!

If pressed, I doubt I could pick out one favorite thing from this book.  The humor is so well spread throughout you find yourself laughing quite a bit.  His instruction on how the government really works is simple and interesting and the work he does for Minnesotan’s, as well as the rest of the country is remarkable.

I’m proud to tell everyone that Al Franken is my Senator.

If only more people would follow the impressive and wonderful example Al Franken sets, we would then truly be on a path to greatness.  Hmm, wouldn’t that make a great award?  This award goes to insert name here for being an open-minded, caring, honest, and interested in making a difference through hard work and a genuine desire to improve the world for everyone living in it.  Oh, and ya gotta be open to laughing—every single day!  I shall call my award The Al Franken! 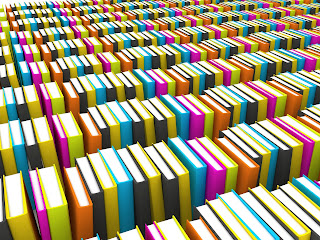