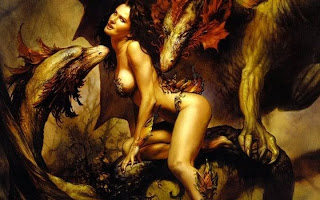 I'm fascinated by dragons.  Legends, myths of their strength and cunning.  Their romance and sexuality.  This picture seems to bring each thing home for me.  Ah, to live and love among dragon-kind.

Tell It To Me Tuesday 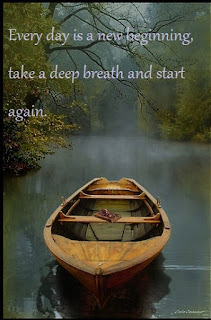 Breathing in and out, in and out...starting over is a very good thing.  I try hard to practice this quote and sometimes it works, other times I want to go back to bed and wait for the next new morning.  ~wink~

Email ThisBlogThis!Share to TwitterShare to FacebookShare to Pinterest
Labels: quote, serena shay, Tell it to me tue

To my hubby who defines the term Great Dad each and every day!  Thank you for Darling Diva and for taking this wild ride with me.  DD and I are so much happier for having you in our life. 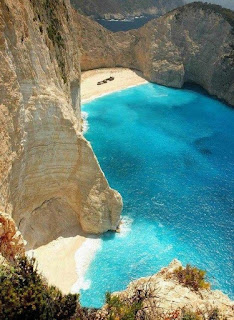 Talk about your Fabulous Friday Foto!  How I would love to be here today.  No rain, no gloom just warm sunny beaches and blue, blue water!  I bet I could scream out my happiness and it would echo all around me.  Heaven!

Have a wonderful weekend.

My Sexy Saturday - The Challenge 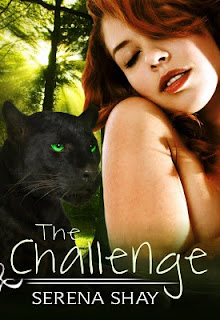 “Are you going to get in?” His voice, low and growling, drew a wet heat from her core.

“I don’t know,” she whispered. “I’ve never done this before.” Nor, as a half-breed, had she ever been given the opportunity to have sex with a full-blood. Shoot, her unusual family unit guaranteed that she’d never be welcomed into a pride. Now, here she was soon to engage in illicit acts with one of the finest specimens of shifter she’d ever seen.

Things were looking up.

Bastian stepped closer, and her back warmed from the heat pulsing off him. Long fingers brushed the sides of her breasts, drawing the nipples to rigid points. “There’s a first time for everything.”

Oh yes, there was. Tonight she would climb into her car and willingly go wherever he wanted to take her. She’d allow herself to revel in the pure passion of sex with a full blooded shifter, setting aside what would come next. Tomorrow was soon enough to find a nice, boring human and live a nice, boring life.

This was her chance to find out if there was more to sex than the lackluster orgasms found with human partners. For years she’d wondered if there more to it than the grunts and groans, the ooh babies and the repetitive pounding which never seemed to get her close to the elusive orgasm.

Fine hair at the back of her neck stood on end as he moved closer. Shivers raced to her toes as he nuzzled the side of her neck and breathed deeply. His rumble tingled at the base of her neck and vibrated along her spine until it reached the already aching flesh between her thighs. From the erotically charged sound, she knew the growl was no mere request—it was a summons.